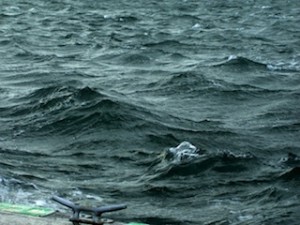 Summary: The beginning of the month may bring family or housing drama to the surface, which could interfere with partnership plans. Good career news may culminate with the lunar eclipse mid-month, but it could be hard to appreciate with all the drama going on at home. The end of the month brings a wonderfully fresh start to matters of the heart, with a lovely solar eclipse in your 5th house of romance, fun, and children.

Extended Horoscope: Hope you have on your helmet dear Cappy, ’cause April may prove to be a tough one for you. Planets in your home, self, career, and partnership sectors are at war this month, and because those represent the angles of your chart, you will almost surely be affected, especially if you were born between March 27th and January 9th, or have any planets or cusps between 4 and 18 degrees Capricorn, Libra, Aries, or Cancer. If you don’t know your chart, check it out here. Be sure to take note of your rising sign, as you must always read your horoscope for both your Sun and rising sign!

March 30th brings the first whiff of trouble, as a new moon occurs in your 4th house of home that’s conjunct Uranus, indicating that some news may come up out of the blue regarding a housing or family matter. Because this new moon is harshly angled to Jupiter in your partnership sector and Pluto in your own sign, it seems that a business or personal partner will be part of the equation as well. You may fight with your partner or about a home or family situation, or perhaps family obligations get in the way of something you had planned with your boo. Alternatively, your partner could receive some jarring news that necessitates putting a hold on any home plans.

This may play out over a couple days, as the Sun encounters a series of squares, conjunctions, and oppositions; on March 31st, the Sun will square Jupiter; on April 1st the Sun conjuncts Uranus; and April 2nd the Sun squares Pluto. You may be finding it hard to balance the needs of your home, your partner, and your career, the latter of which seems to be on fire these days with Mars energizing your professional pursuits.

In fact, a big career matter may come to a head on April 15th, when a lunar eclipse lights up this sector. I feel that you will hear good news, as the eclipse will conjunct the North Node, a point that is known to bring luck to the house it transits. You may get a new job or a promotion at an existing job, or land a high profile project or client, perhaps even getting some press or acclaim for your efforts. This is especially true if you were born between January 12th and January 22nd. Of course, there’s always the chance that you will see a job come to an end, but if so it appears to be for the best.

Unfortunately, it appears that any good career news may be tempered by stresses going on at home, as right around eclipse time Mercury will perform the same series of terrible aspects that the Sun just did…doh! On April 13, Mercury in your home sector will square Jupiter in your partnership sector; on April 14, it will conjunct Uranus and square Pluto in your own sign, and on April 15th, it will oppose Mars in your career sector. It seems you may be caught in the middle of a tug-of-war between family and work!

This will all come to a head around April 21st, when there’s a four way square between planets in your self, home, partnership, and career sectors. This could manifest a few different ways…you could begin or end a personal or business relationship that necessitates a move to another residence. Perhaps it’s your significant other who gets an opportunity that necessitates a move. Alternatively, a family or housing matter could interfere with your own career plans, and you may have to make a sacrifice of some kind. Think back to matters that came up in early January 2014, and last October, as there were similar aspects in the sky back then.

How about we move on to some good news, shall we? On April 7th, Venus will move into Pisces and your 3rd house of communication and transportation, and on April 11th Venus will conjunct Neptune in this sector. This is great news if you’re going on a trip or upgrading a vehicle.

April 17th should be simply divine, when Venus trines Jupiter in Cancer and your 7th house of partnerships, as well as Pluto in your own sign! If you’re dating, you may decide to become exclusive at this time, and if you’ve been dating a while, you may even become engaged! Coupled up caps should be sure to use this beneficial energy for a quick jaunt out of town, or even just a long, heartfelt conversation with your honey. If romance is not in the picture, you may be presented with a contract for a business partnership, and if so, you should definitely agree to it! These aspects are too good not to.

Another great day for you is April 24th, when Venus will reach out happily to your ruler, Saturn, in your 11th house of hopes and dreams. This is also a great day for you to become engaged or committed, or even just to do something special with your one and only. If you’re not dating, maybe try organizing a weekend trip with a group of friends…at the very least, you’ll have a great time, and there’s even a chance sparks could fly with a friend!

In fact, romance is sure to be on your brain in a big way after April 20th, when the Sun enters Taurus and your 5th house of fun, love, and children. There’s even a beautiful solar eclipse in this sector on April 28th, that comes flanked with some gorgeous aspects! It’s conjunct Mercury, trine Pluto in your own sign, and sextile Neptune in your 3rd house of contracts and communication. It seems sometime soon- either around this time or sometime during the next 6 months- you may begin a new chapter in your love life- perhaps making a commitment to someone, or even just going on more dates with different people. There’s also the chance that you begin a creative project, and if so, it is very well-starred for you! If you’re trying to make a baby, this is wonderful time as well, so get to work! You may hear good news before October!