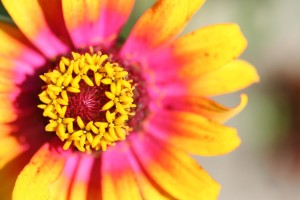 Summary: Saturn in your work and health sector all year works with Jupiter and Uranus to bring benefits to home and career. A major emphasis on money, with two eclipses and the movement of the fated North Node to this sector.

Extended Cancer 2017 Horoscope:  The end of 2016 saw some truly gorgeous aspects between some major heavy hitting planets in your work, money, and career sectors, suggesting that you could have had some exciting professional news to share with loved ones over the holidays.

If not, don’t fret- these planets (Saturn, Uranus, and Jupiter) will continue to dance together throughout 2017 to help you achieve your professional dreams!

Saturn will continue to make his way through your work and health sector throughout 2017, indicating that a job or health matter will be at the forefront of your mind all year. Saturn can be a tough teacher, so at times you could feel worked to the bone…you might even work so hard you get sick more easily! This is especially true for later born Cancers.

There is another way Saturn in the 6th could manifest, and that is that work could be hard to come by. In fact, this seemed to be true for a lot of my Cancer readers last year, many of whom seemed to spend the whole year wishing a job would come through.

The difference between last year and this year is that Saturn will be more supported this year, whereas he was under attack from a number of planets for most of 2016 (the exception being December 2016, which was a pretty lovely month!).

In fact, Saturn will work with lucky planet Jupiter in January and late August to bring rewards to work, health, home, and family. These would be good times to apply for work.

Saturn will also be working with another change-making planet, Uranus, in your career sector, further blessing all things work and career. Look to May and November to make your moves!

Unfortunately, it’s also possible that career matters are pitted against home needs this year, particularly in February, when Mars will conjunct surprising Uranus in your career house and the pair will oppose Jupiter in your home zone. Perhaps you are needed at both the office and at home, or maybe your job needs you to relocate.

Also watch out for March or early August, when mighty Jupiter in your home house angers transformational Pluto in your relationship zone. You may feel caught between your spouse and a family member, or you could have difficulties with a home project.

Career and authority figures could also prove difficult in July, as Uranus in your career house gets caught in an angry blast from Mars in your sign. You may find yourself to be extra testy at this time, so hold your tongue around authority figures!

February 10th sees a lunar eclipse in your salary house making beautiful music with three major heavy hitting planets- Jupiter, Saturn, and Uranus. This eclipse could see you achieve a major career win at this time, such as a promotion or new new job.

The solar eclipse on August 21st in your salary house has similarly gorgeous aspects, as it will not only invoke Jupiter, Saturn, Uranus, but also bring Mars and the fated North Node to the party to help you achieve your financial dreams!

This focus on your personal income is further amplified by the movement of the fated North Node into your salary house in late April. Luckily, it seems that it will be mostly positive things happening!

As I already mentioned, you have two major and friendly eclipses occurring in your salary house (in February and August). Additionally, the North Node will reach out happily to Venus and Uranus in June, blessing money and career and signaling a possible new job or raise.

September is another gorgeous North Node month, as she’ll send smooches to both Saturn in your work and health house and Jupiter in your home zone.

August 7th sees another eclipse- this time lunar- fall in your shared finances sector, and again, this eclipse will reach out happily to Jupiter and Saturn in your career and work/health zones. Remember, lunar eclipses tend to bring situations to a completion, and solar eclipses see us launch new chapters and initiatives. You could get a bonus on the job at this time, or perhaps make a sale or raise funding.

This year also sees the final eclipse of the Pisces/Virgo series, and this eclipse will be a solar eclipse occurring in your travel zone on February 26th. The eclipse will conjunct Neptune, and sextile Pluto in your relationship sector, suggesting that you could go on a vacation with a partner. However, the eclipse will also opppose the North Node in your communication house, suggesting delays or travel difficulties. Double check your itineraries and plan for a backup!

Look for whatever was started by the eclipse to come to a head around September 6th, when there’s a corresponding full moon in Pisces.

The end of the year sees the tide shift to other areas of life, as Jupiter moves into your love and children zone in November, and Saturn moves into your relationship house in December.

This is an interesting arrangement, as it seems your love life will become your focus in late 2017 and all of 2018!

In fact, December is extra romantic, as good luck Jupiter makes a loving trine with Neptune in your travel zone.

Mercury retrogrades this year from;

April 9th- May 3rd (in Taurus/Aries, your houses of friendships/goals and career),
August 12- Sept 4th (in Virgo, your communication sector), and
December 2nd- 22nd (Sagittarius, your work and health sector)

Since Mercury rules both your communication house and your closure zone, you may rethink and review these areas of life during those times as well.

Venus retrogrades from:
March 3-April 14th (in Aries/Pisces- your career and travel houses)

Venus rules both your friendship/goals sector and your home zone.