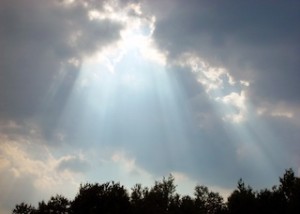 Summary: The new moon in the first week of April could bring jarring news to a long-term goal or friendship. Mid-month, a romance may become official (or end) with the lunar eclipse in Libra. There’s also the possibility that you will discover a pregnancy or complete a creative project. The end of the month may see you take the steps to leave a job or career path, but it appears to be a very good thing for you, and something that could net you a tidy little profit in the end.

Extended Horoscope: Friendships and Long-term goals are in for a rocky ride this month, so strap on your seat belts and hold onto your hats! A new moon on March 30th could sweep in news regarding a project or dreams of yours that throws you off, as it’s square to Jupiter in your income house and Pluto in your 8th house of shared finances. Your employer may announce a change that affects your income or bonus, or financing could fall through for a company you’re trying to start. Alternatively, a financing offer could arrive, but be attached to terms that you’re not 100% on board with.

Another alternative is that you fight with a friend about money, or find that social plans will cost you a lot more than you expected. This will all play out over the first week of April, as the Sun squares Jupiter in your income house on March 31st, conjuncts Uranus on April 1st, and squares Pluto in your financing house on April 2nd.

Meanwhile, a romance, child, or creative hobby may be taking up a lot of your time these days, as Mars has been in this sector since December. Now that Mars is retrograde, it seems that a once booming romance has stalled a tad, or perhaps progress made on a creative project was put on hold. On April 7th, Mars will oppose the Sun, pitting your 5th house against your 11th. The line between love and friendship could be a little blurry as you sort out your feelings for someone, or perhaps group projects are taking time away from a romance or child. There’s also the chance that you feel a push and pull between group collaborations and personal endeavors, as you’re torn between being a part of a team and shining on your own.

This may come to a head on April 15th, as a lunar eclipse occurs in Libra and your 5th house of love, children and creativity. Because the eclipse will conjunct the north node, and the north node is considered a lucky point, I feel you will hear good news. You may make it official with your boo, perhaps even becoming engaged. You might even discuss having a baby or perhaps discover a pregnancy!  There is a chance that a romance will end, but if so, it appears to be for the best.

While I think you will hear good news in this area, it may be hard to appreciate, given all the chaos your ruler, Mercury, will be wreaking in your 11th house of long-term goals. That’s right- during the same exact time as the eclipse, Mercury will perform the same series of aspects that the Sun just finished! On April 13th, Mercury will square Jupiter in your income house, on April 14th it will conjunct Uranus and square Pluto in your financing house, and on April 15th (the same day as the eclipse!) it will oppose Mars in your love, children and fun house.

Perhaps a pregnancy throws off your financial plans or long-term goals in some way, or the expense of an engagement or wedding means you have sacrifice another goal. Perhaps the two events are unrelated, and any friendship troubles are set apart from love matters. Whatever it is, it seems the universe is pushing you to find your inner joy, happiness, love, and creativity, so try to embrace this side of yourself if group projects go awry.

April 21st may bring all of this to a head, as Jupiter, Mars, Pluto, and Uranus will form a cardinal square at 13 degrees Cancer, Libra, Pluto, and Aries, and if you have a planet or cusp in one of those signs close to 13 degrees, you are likely to feel this aspect in the house that planet or point is located in. If you don’t know your natal chart, check it out here. Be sure to take note of your rising sign, and always read your horoscope for that sign as well!

Moving on to some good news, Venus enters your 10th house of career on April 5th, bringing luck to this area. On April 11th, Venus will conjunct Neptune in this sector, and you may hear some good news, especially if you work in a creative or artistic field. April 17th is another great day, when Venus will reach out to Jupiter in your income house, perhaps netting you a raise! April 24th could bring news as well, as Venus now reaches out to stable Saturn in your 6th house of work projects. It seems you may get some acclaim on this day, or perhaps a pat on the back from VIPs.

The end of the month may see you take some steps to close out a chapter of your life, due to the solar eclipse that occurs in your 12th house of endings. The eclipse will conjunct your ruler, Mercury, sextile Neptune in your career house, and trine Pluto in your 8th house of money. You may close out a job or career project, but if so it appears to be a good thing, one that may even get you some money! If you’ve been working on a company or project, you may now try to find a buyer, and it could play out over the coming 6 months. Alternatively, you may decide to leave a job or even career path, but need the time to find a new one or train your replacement. Although endings can be scary, this is a really lovely aspect, so there’s no need to fret. The end of April will be much less chaotic than the beginning!