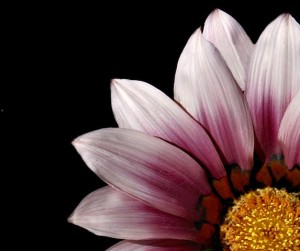 Summary: Lucky Jupiter transits your 11th house of friendships and goals until September 9th, blessing long-held dreams and friendships, as well as technology projects, philanthropy, and group collaborations. After Sept 9th, Jupiter moves into your closure zone, blessing healing from addiction, endings, and illness, and encouraging rest and retreat. Saturn transits your salary sector all year, suggesting that you may be feeling a tightening of your wallet at times. Eclipses this year fall in your sectors of home, family, fun, love, children, goals, friendships, and closure.

Extended Scorpio 2016 Yearly Horoscope: Get ready for ch-ch-ch-changes this year, as Jupiter, Saturn, and Neptune work to upend your status quo in a big way in 2016!

With Jupiter in your long-term goals sector all year, you’re thinking big picture. Now that your professional path has been sorted out (due to Jupiter’s transit last year) you need to make sure that the reality of your lifestyle suits you in the long run. Set your sights on what it is you really want this year- love, career, friendship, family- you just might get it!

Since the 11th house rules technology, socializing, philanthropy, and group work of all kinds, these are the areas of life that will be especially blessed for you.

Saturn is in your salary zone, suggesting that for whatever reason, you’re not pulling in quite as much cash as you’d like these days. Maybe you’re in school, or maybe you’ve taken a philanthropy job that fulfills your dreams but not your wallet. Try to save what you can, as money will continue to be a little tighter than you’d like this year.

Look for financial activity in March, when a series of dynamic aspects occurs between Jupiter in your goals zone, Saturn in your salary sector, and Pluto in your contract sector. With Jupiter reaching out to mighty Pluto, you could be offered an important contract, perhaps for a large organization. However, Jupiter will also anger Saturn, suggesting that the money may not be what you’d hoped. It’s also possible that you make a good amount of money, but need to spend it on a large or important purchase. This same Jupiter/Saturn clash will occur in May as well.

Adding to all of this activity in March, we have two eclipses! The first, a solar eclipse, occurs on March 8th in your romance sector of Pisces. You may meet a special someone, become pregnant (or see a partner become pregnant) or begin a new creative project. If you’re single, this would be a great time to buy a snazzy new wardrobe  and hit the town. Romance could culminate by the corresponding lunar eclipse in this same sector on September 16th.

The second eclipse of March, a lunar one, occurs on March 23rd in Libra and your 12th house of goals and friendships. This one will be nicely angled to Mars in your salary zone, suggesting that you could end a job or sell a company. If this is the case, it appear to be a good thing. In fact, you have lucky Jupiter approaching this same closure sector in September for a whole year!

Fantasy planet Neptune has been in your fun and love sector for a few years now, and in June, Neptune will square Saturn in your salary zone, an aspect that also occurred in November 2015. Watch for big news about love affair or pregnancy at this time.

In June, lucky Jupiter conjuncts the North Node in your goals and friendship zone- a fortunate aspect that only happens about every 6 years! Even better, both of these planets will reach out to Pluto in your communication sector!

A brand new series of eclipses starts up on the Aquarius/Leo axis in August, with a lunar eclipse occurring in your housing zone of Aquarius on August 18th. With Uranus friendly to the eclipse from your 6th house of work and health, you may decide to move, possibly for a job!

Saturn in your salary zone will be quite active in September, making angry aspects to both the North Node in your goals zone and Neptune in your love sector. While it seems you will hear good news this month, it’s also probably that you will have to sacrifice some money or a salary for it.

The North Node and Neptune will oppose each other in November, meaning that Neptune will actually conjunct the unlucky South Node in your fun and love zone. This would be a poor time to make major romantic or creative decisions.

Jupiter moves out of your social sector and into your closure zone in mid-September, making for an excellent time to end old situations and relationships that have outworn their welcome.

The last month of the year, December, is one of the most beautiful of all of 2016! Saturn will finally be blessed with some positive aspects, as he gets a smooch from Uranus and Jupiter in your work and closure houses. You could even make some money! What a way to end out the year! These three planets will work together throughout 2017 to support your health and career needs, which should make for a much easier year for you!