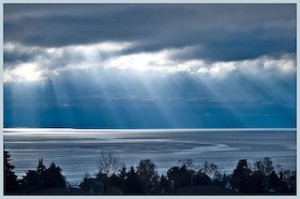 Summary: Throughout April, it seems your work or health life will be upended in some way. You may leave a job or client, or see a beloved co-worker or assistant leave. Hidden information could come out that upsets you, or you may be plagued by illness. Mid-month may end a chapter of your life, as a lunar eclipse occurs in your 12th house of closure. Despite all of this, romance appears to be blooming, and a lovely solar eclipse at the end of the month indicates positive beginnings in a relationship or business partnership.

Extended Horoscope: Strap on your seatbelt, ’cause April’s gonna be a bumpy ride my dear Scorpio. The chaos begins on March 30th, when a new moon occurs in your 6th house of work and health that’s square to Jupiter in your 9th house of foreign travel and Pluto in your 3rd house of communication and contracts. The Moon will also conjunct Uranus, indicating that events will come up unexpectedly. There may be a problem with your contract at work- perhaps it’s not renewed or your boss wants to renew it on unfair terms. Alternatively, you may fight with a co-worker, or travel taken for work could turn out to be a disaster.

If work is not on the agenda, the new Moon could indicate a health problem of some kind. Perhaps you get ill while traveling, or an illness interferes with a big work project. This could even indicate transportation breakdowns, so make sure those tires are full of air, that tank is full of gas, and that oil is changed before taking any big trips.

It seems that whatever it is will play out over a series of days, as the Sun in your work and health house will square Jupiter in your travel house on March 31st; conjunct Uranus on April 1st; and square Pluto in your communication and contract house on April 2nd.

Meanwhile, you’ve also got Mars currently retrograde in your 12th house of endings and closure, and Mars will oppose the Sun on April 7th. It seems that you’re dealing with some unpleasantness at work. Perhaps you feel you’re underperforming, or maybe you’re encountering subterfuge from co-workers. You may know in your heart that it’s time to move on, but be unsure as to what your next step is. Information that has been hidden from you may come out at this time, and it could upset you. Alternatively, you could be dealing with an ambiguous health situation, perhaps feeling ill but unable to pinpoint exactly what’s wrong.

Things may come to a head on April 15th, when a lunar eclipse occurs in Libra and your 12th house of endings. It seems a chapter of your life is coming to an end, and it feels likely that it has to do with a job or work assignment. If it’s not you, it might be a beloved co-worker who leaves. Because the eclipse is conjunct the North Node in this sector, I feel that whatever happens will be a blessing for you, as the north node represents a fated point, and tends to bring good luck to the houses it transits. That being said, it can always be hard to let someone or something go, so there’s a chance you may not feel like it’s a blessing at all!

Additionally, at the same time as the eclipse, Mercury will be performing the same series of squares, conjunctions, and oppositions that the Sun just did, leaving little room to appreciate any silver linings that the eclipse might bring. On April 13th, Mercury will square Jupiter; on April 14th it will conjunct Uranus and square Pluto, and on April 15th, it will oppose Mars, indicating that your work or health life will be going through some major transformations! Try to let go and trust that things will work out. The more you micromanage and try to control things at this time, the more resistance you will encounter.

But I’m not even done yet! On April 21st, all of these planets will be caught in an exact 4-way square in your work, closure, communication and travel houses. If things haven’t sorted out yet, this may be the grand finale! This is especially true if you have any points or planets close to 13 degrees Capricorn, Cancer, Libra, or Aries. If you don’t know your natal chart, go here. Whatever house that planet or point is located in is likely to be affected. Be sure to take note of your rising sign and read your horoscope for that sign in addition to your Sun sign. It’s equally important!

Now that we’ve gotten all of that out of the way, let’s move on to some good news, shall we? Venus enters wildly compatible sign Pisces on April 7th, blessing your 5th house of true love with extra romance and fun! Even better, Venus conjuncts Neptune in this house on April 11th. If you’re dating, this should be a romantic time for you, and you may even try for a baby! If you’re single, make sure you put yourself out there at this time, as it’s likely you’ll meet someone fun and interesting. He or she may not be “the one” per se, but you’ll have a mighty fun time figuring that out!

April 17th is also a divine day for you, as Venus reaches out to Jupiter in the third water sign, Cancer, and your 9th house of travel. It seems that love and travel are interlinked at this time, so if you can get away with your boo, do so! Venus also reaches out to Pluto (your ruler!) in Capricorn on this day, indicating that you may make a commitment of some kind! April 24th is an even better day, as Venus now reaches out to Saturn in your own sign of Scorpio. Romance should be downright magical on this day, and given that Saturn is involved, it will offer stability to you as well.

In fact, it seems partnership matters are about to be on your mind in a big way, as the Sun enters Taurus on April 20th for its annual trek through your 7th house of partnerships. There’s a beautiful solar eclipse in this sector on April 28th, that’s arm in arm with Mercury, sextile Neptune in your 5th house of true love, AND trine Pluto in your 3rd house of commitment! You may become exclusive with your honey, and if you’ve been dating seriously, you may even now get engaged! You may even discuss having a baby! How fun to be a Scorpio! If romance and babies aren’t on the agenda, you may begin a creative partnership at this time, perhaps even signing a contract or beginning a writing project, and if so, it’s well-starred for you!